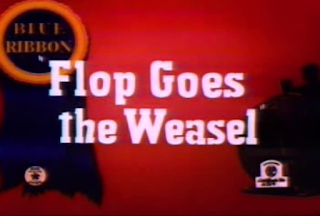 For the sake of "politically correct" readers; let's brush this out of the way. The short is perhaps known today for its racial imagery and stereotypes: especially on the mother hen and her newly-hatched chicken. The mother adorns the stereotype, as she wears a kerchief and speaks in a Southern accent.

However, as a reviewer: it's important to understand the cultural context of the era it was produced - as it's otherwise ignorant to write off the past as if it's never happened. The stereotypes themselves aren't the central focus of the short: which more importantly deals with the antics of a baby chicken and a weasel.

The stereotypes themselves are so subtle, especially on the baby chicken that it goes inconspicuously throughout the short - as the funny portrayals of a baby chick outwitting a foxy weasel makes it stand out. Enough of the malarkey and on with the cartoon:

The opening status quo reveals a mother hen awaiting for her child to hatch as she knits and hums tenderly to Mammy's Little Coal Black Rose. The mother feels a rhythmic tapping from the egg; and leaps happily of a seemingly merry moment. She temporarily leaves her coop for the lookout of a "southern fried worm". As she leaves; a foxy weasel takes his chance to steal the egg himself to eat.

The weasel's introduction is a broad, exaggerated portrayal of his characterisation and discreet nature. He hides at various spots surrounding the coop to reassure himself he is unseen; and the gag overplays that nicely. As seen in his opening scene - the weasel hides behind the coop and peeks his head back and forth at different positions. Then he quietly hides at different spots like a fencepost, dustbin, and a tarnished stove.

Finally he returns to the coop he had already started and steals the hatching egg. It's a funny, colourful scene that gives his personality too much paranoia and suspicion.

Chuck Jones' timing and John McGrew's layout mechanics are a perfect blend altogether; as Jones has to time the weasel's peaking here and there briskly in accordance to McGrew's complex staging.

It would seem unethical for the reviewer to completely overlook the forward-looking art direction of McGrew's layouts underneath Jones' vision. A common analysis for a Jones-McGrew cartoon of the era; each short they worked on is always unique from the other - by not following the standard "classic" formula often associated with other studios.

For Flop, McGrew gives the backgrounds a non-traditional, slanted view which is used creatively in animation rather than just a decorative function. Perhaps the most striking of McGrew and Fleury's work in the short is the scene of the weasel attempting to trap the chicken in the basement.

There is a strong emphasis of low-key lighting and silhouette which works effectively and perhaps an attribute to the lighting style of live-action features of the era. As the baby chick is hiding inside a lightbulb, the weasel attempts to reach after him by foolishly placing his hand inside the socket - creating an effective, bold electric shock which is prosperous in colour and outcome.

Chuck's explorative ways of advancing comic timing is put to good use for throwback gags. A golden oldie, the baby chick gives the weasel a hot-foot when the weasel attempts to sabotage a hide and seek game - which results in him to reacting hysterically. Chuck makes the reaction more advanced - as the weasel shoots up like a rocket and runs around the house in a very complex layout setup.

A very courageous move from Johnny Burton's camera department who nail the camera mechanics - up to the finishing close-up of the weasel's foot. Alas, Chuck nails the expressions of the weasel's easing face as his foot is resting in a bucket used "in case of hot foot only".

Other times in the short, Chuck's experimenting doesn't quite meet great results. A striking example occurs in the sequence of the weasel hiding behind a wall, waiting for an unsuspecting chick to be smashed by a cleaver. Unbeknownst to the weasel, the chick is standing on the shelf and strikes him with a mallet.

For the gag; Jones channels a little of Frank Tashlin as the anticipation and the weasel's collapse occurs in five separate shots lasting a total of five seconds. It's an imaginative effort but Chuck's timing is a tad sloppy as the rapid-pacing feels sluggish and forced.

As far as writing and story goes; it's a great showcase of the struggle for identity - a regular formula from the Schlesinger staff. As the baby chick is newly hatched, he immediately mistakes the weasel as his mother - delaying his chance to eat the chick.

The weasel responds: "Ain't that touchin'? The kid thinks I'm his mother. It kinda gets you here", and then reveals his true colours: "Too bad I'm so fond of, um, chickens." The role-play is extended as the weasel disguises himself as a "mammy" by wearing a kerchief. Here, the embracement of the stereotype is used cleverly.

Mel Blanc exceeds in both performances; as he nails the inquisitive chick who asks: "What is we mammy?" and impersonates several animal noises; while also giving the weasel some added character with the Southern falsetto. Blanc's range and ability at cartoon acting gives the weasel two different voices (his own - and the falsetto) which really gives it a personality of its own.

His quick wits are put to great use when he swiftly tricks the baby into thinking he's a weasel. He manipulates him into believing he's seeing a reflection of himself from a infant photo of the weasel; and places the sailor hat to add the right touches. As a result of being "Blue Ribboned" in recent years; it's a pity there is no available information on the short's writer...who develops the characterisations and role-play of the weasel so creatively. To hazard a guess, it's most likely Ted Pierce (Chuck's regular writer then), or perhaps Michael Maltese - who would sporadically write a short for Chuck before becoming his principal story man in the late 40s.

Without doubt - the most fulfilling and executed sequence in the short is centered on the weasel's violent sneezing. The weasel foolishly tosses pepper across the room to distract the chick, who as a result accidentally turns on a fan - causing the pepper to ricochet and land on the weasel's face. This results with an abundance of violent sneezing completed with a string of visual gags.

The visual gags are very innovative and hysterical in delivery - it's a sample of how capable Chuck Jones could be in pulling off far-out gags which is otherwise out of his usual tastes. He takes complete advantage of his comic timing gift to make particular gags have great effect.

Jones pulls this off beautifully in the teapot scene. The weasel has his head caught inside a teapot; and builds up to another violent sneeze. as a result: the teapot reacts violently from the sneeze and spikes upwards, in the shape of a crown.

The gag is built up further as the weasel's sneeze causes him to crash several objects like a stove and a rug - and rolls out dressed like a king sitting on a throne. As inventive and outrageous the gags are - the sneezing fits get carried away as it clocks in for almost two minutes. It builds up from gag to gag making the action feel anti-climatic and choppy in pacing. The chick's mistake for the pepper as smelling salts however, has a hilarious delivery to it gag-wise.

A couple of wartime references in the short which are worth the mention. A gag which can go completely oblivious to a contemporary viewer is centred at the weasel's kitchen. The weasel sings the recipes as seen in a close-up of the list. One of the recipe lists "an ounce of sugar" which the weasel hesitates at the indication of sugar on the paper.

The weasel abruptly pauses, and then sighs "Oh well" as he carries on with the recipe. A very dated gag by today's standards; sugar was rationed during World War II, which is what's hinted in the subtle delivery of the off-screen weasel.

At the climax of the short - the weasel is defeated while suffocating in a wringer washer. To admit defeat, he holds a white flag to show his surrender - as evidently written. It's possibly a subtle indication of the audience's desires for peace from their enemies during the war.

Back home safe to his mother, he recounts the story on how he outsmarted the weasel. "But ah fooled him mammy, ah fooled him good!", the chick boasts. The mother cuts in, responding skeptically of his story: "Tellin' such big lies!". The chick insists he's telling the truth, with an injured weasel stepping in to back him up, in the hilarious closing lines: "He ain't just whistlin' Dixie, mammy!". Animator Bobe Cannon adds to the right touches with some exaggerated animation poses of the weasel's anticipated sneeze fit; which wouldn't likely appear under Chuck Jones' direction and character layouts.

Flop Goes the Weasel is a great representation of some of Chuck Jones' underrated works. The stereotypes are a possible factor to why the short hasn't been released to home media as well as being rarely seen in general. Despite the stereotypes outdating the short; there are still great elements altogether. The weasel shows a lot of entertainment and personality under one roof; and the newly-born chick's innocent nature creates a great foreshadowing of the weasel's fate. Chuck Jones completely went to town as far as experimenting with layouts and comedic timing goes: which is altogether a mixed blessing. The sneezing fits itself is a great example. Whilst the gags are very creative and full of energy; it is slightly padded to add up its running time. 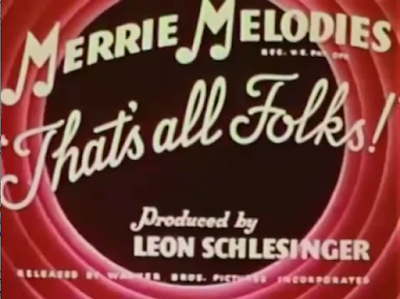