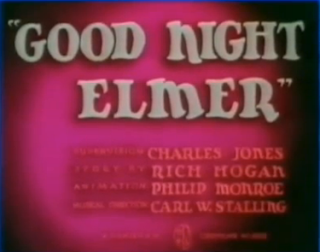 For a cartoon which would be one of Chuck's worst entries in his earlier years; this is another cartoon of importance when discussing Elmer's design. Evidently, it didn't take until The Hare-Brained Hypnotist to have Elmer's design completely finalised; whereas his personality was there, but went through various changes.

Chuck's design for Elmer here is definitely the standard Elmer design which everybody would associate with as Elmer. Excluding the fat version of Elmer (or Egghead), his previous designs were similar but differed.

Including Chuck's first cartoon to feature Elmer as well as Freleng's cartoons definitely had his voice, but he almost resembled Egghead; whereas in A Wild Hare; he was given a more rounded head, but resembled one of the seven dwarfs. This cartoon definitely shows how Elmer is supposed to look like, but it just hadn't been completely agreed on or finalised by the Warner directors like Tex Avery and Friz Freleng.

Even though the cartoon already identifies Elmer by the title and his appearance, Chuck Jones uses the character just like how he interpreted Inki, the Curious Dogs or the Bookworm. Elmer is portrayed as a silent character in one of Jones' early habits of Disney fetish. Of course, Arthur Q. Bryan is absent for the cartoon, and Mel Blanc only contributes to the cries of Elmer at the very end. Of course, Jones was only attempting to experiment with the character, but clearly the Disney formula for Elmer is very poorly adapted. He does not suit the role; whereas it would have possibly worked a little better if it featured Sniffles.

The cartoon itself also is very dull and cold in terms of colour and atmosphere; though this is most likely myself judging the television quality. The atmosphere and mood of the backgrounds (most likely painted by Paul Julian) gives the house a very gloomy look, but at the same night shows realism whereas the only aspects of colours in the backgrounds seen would be Elmer himself, as well as the scenery which is reflected from the candle.

Nevertheless, the cartoon's story construction is very poor. Not only is the whole concept of Elmer battling with a reluctant candle really ridiculous and barmy, but he spends just about the entire cartoon battling with the candle, and his use of slow-paced timing really tests the audience's patience.

As Elmer has finished reading for the night, and is about to head to sleep: he faces two bits of dilemma with the candle (could be three).

The first attempt; he is holding onto the candle, and struggles to remove his jacket without putting down the candle. The second time he struggles to extinguish the candle by blowing it out, and then thirdly--it then forms into a battle of wits; before Elmer wrecks his entire bedroom. Not to mention, the cartoon clocks in at barely six minutes of screen time; which makes the whole construction poorly paced and lacking any climaxes. This shows how Chuck and Rich Hogan try too hard with aping the Disney pacing; that it is extremely sufferable in the pacing of the story; which lacks charm and the concept of Elmer battling a candle just isn't thrilling.

Whilst he is still holding onto the candle; he struggles so hard to remove his jacket. He tries the other side of his hand, but just as he should have done in the first place...he places it by the window sill. Some of the scenes where Elmer attempts to remove his sleeve (screen shot at right) is a very evident Jones pose.

Elmer's stupidity and problem solving skills are incredibly horribly and stupidly planned out that you would feel frustrated of his ignorance, as you'd grow impatient and want him to put the candle down. This itself a great example of some of Chuck's worst pacing, and it clearly fails in this sequence.

Now that Elmer is all set and ready to get to sleep; he has to endure with the supernatural candle. This means more chaos for Elmer, and more frustration from the viewer. Elmer extinguishes the candle with the tip of his fingers. Just after that, his fingers are caught glowing in his fingers, and places it back in the candle.

Then attempts to blow it out; and only tries so hard he keeps on failing. The candle, being a personification that outwits Elmer, is already a very irritating personality for the cartoon, and is key to the cartoon's sufferance.

It's also evident that artistically, Chuck is showing a lot of lush effects for Elmer's shadow reflections as well as the flame from the candle where he is showing some competition against the advanced animation at Disney. It is also seen in the character animation, where Elmer is seen drawn as a tight character, but squash and stretch comes key for when Elmer attempts to blow the candle off.

As you may think I don't believe the cartoon has any "charm"; the only section which I feel has some charm is the personality of the candlelit towards the end of the cartoon where the camera interacts with Elmer. He scowls at the flame with the flame reacting.

Though this is a sequence which clearly mimics Disney character animation, and it is mimicked rather poorly, you can't help but believe the battling of wits between Elmer and the candle show some amusing communication and acting, even if it does "blow". Jones just appears to be more interested with his expressions and situations than actually narrative problems.

Then this results in a mimic sequence where the flame tests Elmer's movement and patience by extinguishing when he turns, and list when he walks back. This continues onwards where the audience already gets the point, and Elmer struggles to sleep with the candle flame will reflecting on him.

Then this causes Elmer to lose his senses as he destructs his entire bedroom. Just after the destruction, and what seems like a long night; he finally manages to get some rest. Believing the candle has lit up again, it turns out to be sunrise. Causing Elmer to wail his eyes out. In comparison, the final shot of the ending, it hugely resembles the final scene in The Merry Old Soul (a 1935 Friz Freleng cartoon) where Old King Cole and Elmer both cry after they were incensed by the entire plot..which makes it both very painful for the viewer to watch.

Overall, Good Night Elmer was a pretty dreadful effort by Chuck Jones with his pacing abysmal and lacking any narrative. Elmer's acting and problem solving are completely ridiculous and frustrating to listen to, that the whole concept of the story just appears as ignorant. Also, Elmer is terribly mis-cast in this sequence, who just doesn't have the personality to appear in Chuck's Disney-ish shorts. Whereas Elmer has always encountered problem situations, it always had a comical touch, here it doesn't. I won't go as far as to rank the cartoon 'the worst Warner cartoon ever made' (as I don't have a worst); but I'd say this is one of Chuck's weakest and poorest cartoons he has ever directed in his career. Chuck wouldn't have meant any harm when directing this cartoon, as he was really just making pictures for his own sake, and to mimic the Disney formula, but for the reviewer watching the cartoons chronologically, you'd wish for Jones to move onwards and direct finer cartoons. 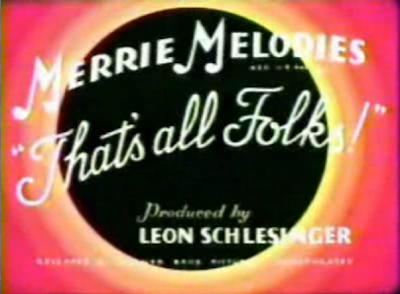