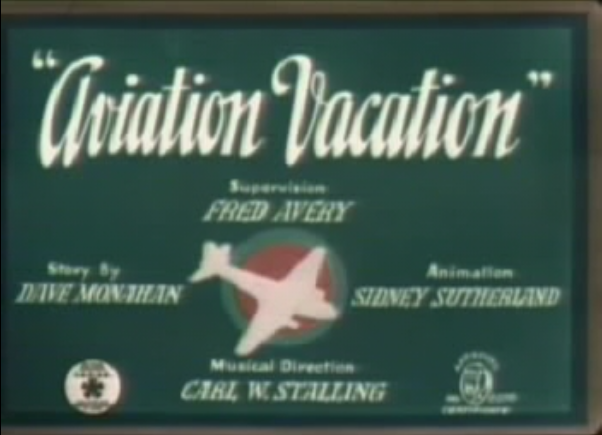 Though the short is a mockumentary of air travel, and vacation documentaries; the short itself feels like it has been split into two halves. The first half of the short centers primarily on the airplane travelling towards its intended destination, although it stops at certain places along the way. The first part feels like much like in the style of  Ceiling Hero.

The plane is seem from an extreme down-shot as a silhouette, and a locomotive steam-train speeds through the railway tracks, and the plane dodges on the incoming train, which is a bizarre gag blended in with Tex's humour.

The second part of the short feels like a completely different short in terms of scenery, story direction as well as subject change. Once the plane arrives in "Darkest Africa", the rest of the short feels as though these were leftover gags from Tex's previous effort The Isle of Pingo Pongo, a short which primarily satirised civilisation as well as the scenic nature of African provinces. The sequences which cut to animals such as the ostriches, as well as the native tribes certainly suggest as though the short had turned to a new subject.

Starting off with the first part of the whole sequence; Tex mostly focuses on satirising geographical locations which are familiar in the United States like California, Mount Rushmore, as well as gags involving the planes. Most of his gags relying on geographical locations are as corny as he would have interpreted them, such as the "Sunny California" sequence.

The sun looks blazing warm form the beams and the brightness of the sky, but the camera trucks back towards the rest of California looking glum and grey. Of course, the gag is suggesting otherwise, contrasting California's reputation of warm weather.

Other uses of geographical visual puns would be evident in the "Darkest Africa" scene, just before the cartoon switches over to a different subject.

The gag itself was mostly well-known for being in Porky in Wackyland, though in this short it is a more visually ambitious shot. Whether this was inspired by the Clampett classic, I don't know, but likely. Most of the shots featuring the airplane is shown as a held cel that travels through overlays. Reasonable to have it held as the held cel was all that the animation required. For gags, the technical animation has elements of Tex's charms. One methodical scene, of the plane travelling is straight towards the moonlight. The moon zips rapidly upwards for the plane to travel past, before the moon lies back down. This is a fine example of how the technical animation coming form Warners had already been accomplished by this point. Whether this was done by one of his animators in his unit, or an effects animator, I'm not sure.

One of the more dated gags would appear in the Mount Rushmore sequence. Upon the time of the short's production, as well as the release date for the short: Mount Rushmore was very much near completion, as the presidents' faces were constructed throughout the mid-to-late 1930s. Funding for the construction ended in October of that year, when they hadn't enough in funding to construct the remainder of the original designs' depiction: carving each president form head to waist. The camera fades into a close-up of the famous American presidents, as the narrator identifies their faces one-by-one, through a camera pan.

After the appearances of Washington, Jefferson, Lincoln and Teddy Roosevelt, the camera then pans towards a satirised constructed piece of the 1940 U.S. presidential election. For the Republicans, the face carved is Wendell Wilkie, and for the Democrats: Franklin Roosevelt, who of course, had already won the election by the time the short was released, and possibly during the short's production. This makes the gag somewhat dated, even upon the short's release, as Roosevelt was already re-elected.

As the plane stops at the Emerald Isle (Ireland), the next sequence is revolutionary in terms of humour. Tex takes satire to a whole new level, and thus making the delivery an un-prediction for its audience.

It really doesn't belong to the short at all, though it only works to a small extent as planes would used to stop at various places, considering how they couldn't travel as far as today's standards.

The sequence, in which the passengers visit Ireland temporarily, watch an Irish folk singer sing: When Irish Eyes Are Smiling. The animation, probably done by Bob McKimson, is animated very realistically in order to make the gag appear more unpredictable, as well as making the approach more amusing.

During his song sequence, Tex's gag appears where he mocks the technical problems that make film reels faced in the time period: pieces of hair on film prints. In this case, the piece of hair is animated so the audience are under the impression the piece of hair is stuck on the film projector. The hair is largely noticable when animated, and the emphasis of the silhouette is evident. The animation itself has to be done meticulously and technically so the realism of the gag can meet great results. The folk singer, during his song, interrupts due to his distraction as he bellows: "Hey you up there, get that hair out of here!". From William Day's singing vocals, to Mel Blanc's yells are contrasted brilliantly when it comes to delivery. Once the projector's hand pulls out the piece of hair, the Irish folk singer finishes off his song, and ends the brilliantly, inventive sequence.

The following sequence, the short enters of how I will interpret it as "Cartoon #2". Set in the Darkest Africa, the short now focuses more on civilisation for the native tribes, as well as the animals that reside there. The narrator narrates a sequence of a form of communication that tribes use when sending out messages: through the beat of tom-toms.

The scene starts with a long-shot of a realistic-looking tribe sending a message through the tom-toms, in which the camera pans towards another tribe member in the far distance messaging out the same rhythm. The camera pan as well as the layout of the scenery looks rather complex in terms of how the gag ought to be interpreted.

The following shot, animated by Rod Scribner, features the tribe leader asks his squire: "Err, what do he say?". The squire therefore responds back be scatting out the rhythm of the tom-toms, without any sort of translation that the audience may be expecting. This is one of the sequences which Tex was attempting to invent more original gag deliveries, and this one is an exception.

The other gag sequences in the other shorts, are not much spectacular and are rather cliched from how Tex constructs his gag. The sequence involving a tribal hunter slowly approaching himself with a dart shooter is treated with suspense. We suspect he is capturing a target, once he blows out his shooter, it turns out he's playing a game of darts. His "target" responds, "Terrible shot, Joe".

Another sequence that stands out with repeated gags, as well as a very cliched delivery, would be the scene involving butterflies. The narrator narrates a brief analysis of the tropical butterflies in Africa. We find a cocoon wrapped inside, as the narrator describes with enthusiasm of the cocoon's transformation into a butterfly.

This follows into a pan where each cocoon spits out beautifully transformed butterflies with individual wing patterns. The last  cocoon, however, only spits out the butterfly, who in close-up looks rather frail. The narrator asks, "Say, what in the world happened to you?", as the butterfly responds, "Well, I've been sick". From watching a lot of Tex's spot-gag shorts, this is Tex using the delivery as a recurring gag, though it doesn't exactly hold up well in the sequence, compared to the sick alligator in Wacky Wildlife.

And so, the short comes towards an end as the plane departs Africa heading back towards USA. The shot itself is also as cliched as how Tex would end journey spot-gag shorts. The dazzling sunset background by Johnny Johnson, as well as the "reluctant farewell" narration are all parallel to the previous shorts, for the sake of consistency. As the plane dances in rhythm towards Aloha Oe. That's funny, I thought this was set in "Darkest Africa". Perhaps not the best choice Carl Stalling has chosen for a departure scene set in a different geographical location.

Just as the plane is approaching towards New York City, the plane is distorted by the heavy fog which "makes visibility poor and landing difficult". As the plane appears only translucent during the heavy fog, the pilot makes an announcement of the "circle of field coming in". As the fog clears away, the plane turns out to be caught in a carousel in a theme park somewhere in New York. For the right gag delivery, the Merry-Go-Round Broke Down is heard from the carousel, as the cartoon ends.

And so, we bid a reluctant farewell on this cartoon review. This is a typical mess that Tex has made from his many spot-gags he made at Warners. Time to time, he would make some exceptionally good spot-gags like Cross Country Detours as well as a handful of MGM shorts, but this short seems a lot more cluttered than a lot of the spot-gags he was making. It doesn't appear to be completely focused, and the concept seems a tad lazy, as well as repeated. The first part of the short is very much in the style of Ceiling Hero, whereas the second part is just another of Tex's nature mockumentaries. It's two already used travelogue elements compiled into one. Though, the Irish folk singer sequence is an exception as it stands out as the funniest sequence in the whole short, and personally, the funniest gag in all of Tex's spot-gag Warner shorts. From the time of the short's production, Tex was already at the brink of leaving the Schlesinger Studio, and this short alone is the last short where Tex Avery is given 'supervision' credit, as his other shorts wiped out his time, having already left the Studio. 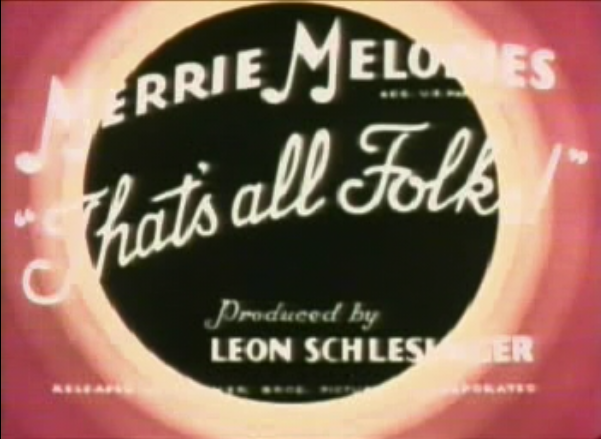