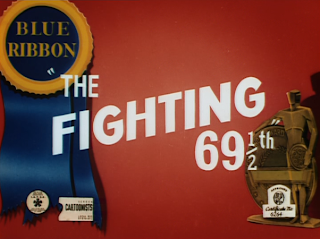 For a Warners cartoon that occurred during 1939-1941; this short actually goes to a different direction; in terms, making the short artistically fulfilling and creating a string of gags enjoyable. For example, this short takes a great break from a typical Warner shorts that tried too hard on spot-gag shorts or having radio references in their shorts.

The synopsis for the cartoon however is very basic and non-philosphical: a separate tribe of ants (red vs. black) battle over a picnic set up in a park, and this results in a war. A rather new turn for the Warner shorts at the time it was in production.

You could consider the short to be, perhaps, revolutionary when developing the humour for the Warner shorts, but a typical Warner fan would rebuff this short as an adequate Warners cartoon, whereas watching the short chronologically, it goes a step further from what was made in the past year. This is quite possibly Freleng's comic timing come to very good use, where he helps create some very creative gags that appear in the short, and which shall be explained in the short throughout the review. 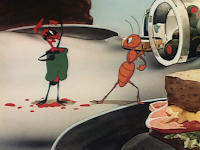 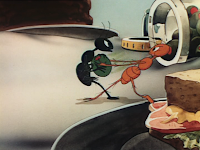 Being Jack Miller's last Warner Bros. credit he written for the studio, is a pretty decent farewell short for the director. The whole setup and abstraction of the short is very creative and entertaining. Having a group of black ants, and red ants going to war over a picnic is of course, silly and wacky, but at least it lives up to the Warner's style. In terms of dialogue; the opening sequence is not a far cry from what you may expect from a short written by Michael Maltese.

The opening part with the black ant and the red ant quarrelling and snatching the olive from one another chanting, "Oh no, you won't/Oh yes, I will!" is  a step ahead from what you'd expect from dialogue in a Warner's short. The delivery, the dilemma, and the scenario of it is a great bracer for what's to come in later shorts. Of course if you are going to count the Groucho Marx line: "Of course you know, this means war!" and the fact the title references the movie The Fighting 69, but that's just about it when viewing the short. 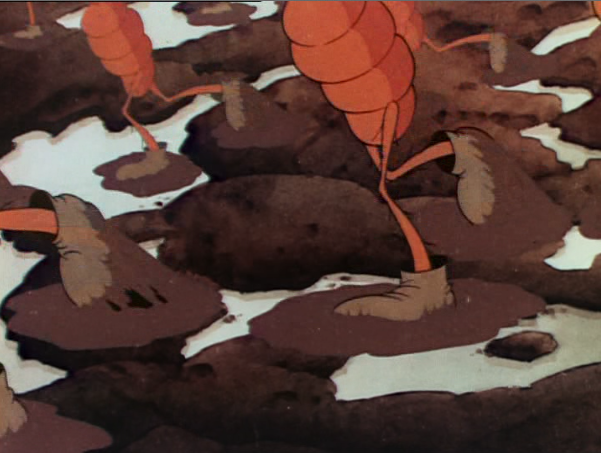 The short itself also experiments with some alternate camera angles, as well as a montage for the war sequence, and it's quite a decent parody of the trench life in the First World War. The montage itself is quite an effective start which follows the war sequence. It has some pleasing and intriguing staging, as well as some creative gags that follow.

The red ants are seen with their feet walking through the muddy paths, and then it follows with a little parody of the 167th Infantry Regiment, being called the "4th Alabam".

The "ants in your pants" synonym is in fact a rare pun for the time it was made that tops a lot of what Tex or Clampett were making in their Warner shorts. I suppose the "Royal Flying Ants" gag is a little lame, considering how ants don't have wings, and being disguised as warplanes, by adding wings is a little dumb but I suppose it fits in decently with the other montage shots. 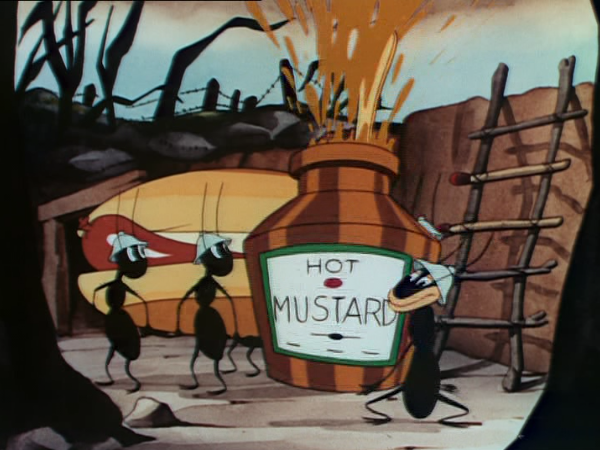 The sequences during the battle also show some great gag opportunities which are quite impressive for the time it was animated. During the battle sequence, we find in the ant's trenches where the black ants are seen defending a hot dog. One of the black ants, however, then rushes over to the trench, and retrieves a jar of 'hot mustard', and speaks with a Rochester voice, "Forgot the mustard".

Not only does Blanc make the impersonation work, but its use of wild caricature and that black ants have the connotation for a stereotype actually blends in very well, and it ends up as a funny scene, which would have worked from any Warner short from a later era.

Other war related gags with some great deliveries and punchlines shows the black ants attacking their enemy with a piece of limburger cheese, which are seen as a hand grenade. It's all comical in its subtle or overtly ways. The black ant is seen wearing a gas mask, to prevent the horrid smell of Limburger flowing around him. When the red ants receive the dropping in their trench, they then dug up the limburger and place it with the disclaimer, "Keep in a cool dry place".

Nevertheless, Freleng also takes some advantage with his comic timing in most of his scenes, especially with the sequence of the black ants rushing in and out of the screen to collect small pieces of food like olives, strawberries, etc. Carl Stalling also steps in for the right touches where he uses his 'musical cliche' for the steps, which is a favourite element for Friz.

Other collaborations with Friz and Stalling for the sequences is also evident for the construction of the sandwich sequence, as well as when the red ants are seen creeping through the trenches, and stopping during the sound of gunshots firing.

A great piece of delicate timing and staging appears where the ants are each grabbing a piece of a chocolate cake which leaves the cherry centred in a isolated position, whilst the pieces move towards the distance. Possibly done by an effects animator, it's great to see how the pieces appear to be divided by measurement and also how they move away in the same pace. Already feeling ambitious from that point, Freleng hasn't finished the touch by having a red ant steal the cherry which is seen left in the screen.

After what appears to be ages of consistent war related gags, it all therefore comes to an end; where a human is seen wrapping up the picnic basket. This leaves to a pothole, as to why the human didn't stop the ants raiding the food, and also how it somehow remained unnoticed.

I suppose potholes are excused for cartoons. This then leads to the red ant leader and the black ant leader (now seen in uniform) quarrelling over one last piece of food left, which is a cherry cake. They agree to a peace conference, where it is decided the cake would be divided equally. A very subtle, though warming gag shows two veteran ants from each race reuniting, reflecting perhaps some last remaining Civil War veterans.

The ants, however, decide to split the cake equally, but considering the cherry is in the middle, they move the line over the cake, making the rations unequal. The feud is then restored, and this results in the ant race fighting over the cherry cake. A great plot device for a cartoon, with a great conclusion. Though, they could have removed the piece of cherry, but I suppose it shows whats a 'cake' without a cherry topping. The ending and irony all works well and satirises peace conferences splendidly.

In all, The Fighting 69 1/2th is a good break from consistent poor shorts with dated radio references, and this short takes a new breath of air. It provides what the writers and artists can offer, which is a looney concept with some fine gags and dialogue. Considering that previous Warner shorts relied heavily on references and pop culture for the dialogue, (and that is still a element they use); the quarrel of the ants is a great example of how they can create a funny conflict, as well as personality. To say if there were any flaws of the short, I'd say story wise it is quite bumpy. Whereas the beginning and the middle are important plot points for their reasons, during the war sequences, they are a middle consistent, and it is mostly just gags being thrown at the screen, with not much dialogue or dilemma. It would have worked better if it showed the continuos flaws from each side of their trench. I suppose, The Gay Anties, another Freleng short about ants is an improvement from the short, though they are very different to one another. 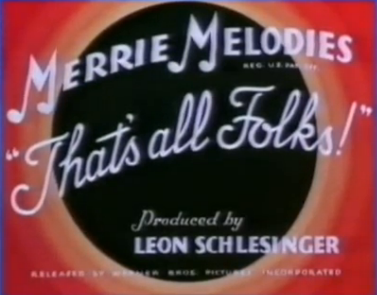