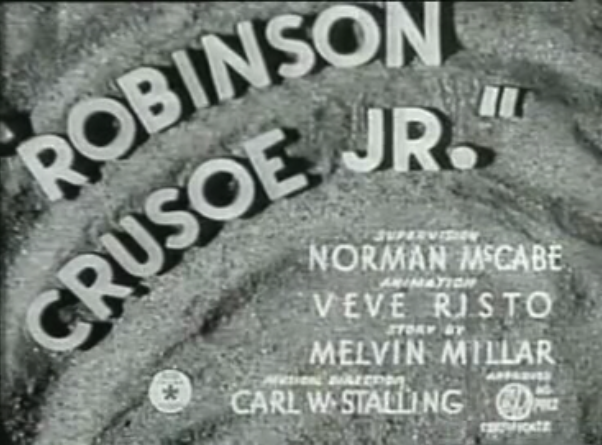 Norm McCabe's first cartoon where he is the sole director. Previously, for unknown reasons, McCabe has a co-director credit with Clampett on two cartoons: The Timid Toreador and Porky's Snooze Reel. Both cartoons add up to a Clampett product, this cartoon feels, but mostly looks like a Clampett cartoon.

In all fairness, this is McCabe's first supervision, and not to mention McCabe inherited Clampett's unit alongside his animators and storymen, excluding Warren Foster.

There are elements in this cartoon where you'd get the impression in certain scenes or gags, you'd think Clampett would have interpreted, as well as sequences which don't look like Clampett's work, which will be analysed further in the review. Perhaps it's plausible Clampett started work on the cartoon, but McCabe took over once Clampett moved over to Tex Avery's unit?

Describing McCabe's directorial style is a little complex, as his cartoons did show parallels as well as an influence of some of Clampett's wackier gags, but with McCabe's own gags of charm. He's mostly remembered, however, for being a victim of being given black-and-white cartoons, that are heavily ignored or overlooked by the public today, despite turning out some decent cartoons, and he was without doubt: a competent director. To say in fairness, his shorts mostly focused on propaganda material for WWII, which makes it dated in today's standards, as well as politically incorrect, if you're looking at Tokio Jokio. Nevertheless, hopefully this blog will help reflect the work of Norm McCabe as well as gain some recognition and respect for him.

Much like how Clampett satirised the infamous voyage of Christopher Columbus two years previously with Kristopher Kolumbus, Jr., McCabe's take is satirising the infamous fictional story of Robinson Crusoe, who was based on a famous novel by Daniel Defoe, and about a traveller who lived as a castaway on an unknown island.

Porky takes the lead as Crusoe, and we'll see how McCabe takes it from there. The way McCabe, or Melvin Millar appears to tell their own story of Crusoe's adventures on an unknown island is through title cards narrative as a plot device, as you you can see for yourself in the screen shot provided to you on the right.

Like many cartoons, this doesn't appear at the beginning, but a couple more times throughout the cartoon, to emphasise as well as explore Crusoe's adventures on the mysterious island. It's a unique device to be featured throughout an entire cartoon, and I believe that it has been interpreted well, especially when you're satirising an adventure story.

Some areas of animation timing which caught to my attention, as it's the sort of timing you'd not expect from a Clampett cartoon. The timing may not be edgy or slick, you'll see as it occurs during the short storm scene. Porky is on the ship as he is sailing, but like how the story goes,  a storm breaks out, leaving Crusoe shipwrecked and cast out in an unknown island.

It's hard to say how Clampett would have interpreted it, but it's plausible he would have added storm-related gags, but again: who knows? Here, Norm McCabe and Tubby Millar waste no time with Porky on the top.

The scene rapidly dissolves to Porky lying stranded on the coast of an unknown island. The storm itself is also presented with a rapid atmosphere as well as heavy effects animation, which cleverly covers up the scenery in order for the next shot to feature Porky stranded.

This is some great pacing by McCabe, who rightly so makes the storm sequence look believable as well as brief to the point where Porky gets on the island as quickly as possible to make up for a limited running time, and this was a rather gutsy piece of timing to achieve which McCabe did great. And so, Porky is left stranded on the island, as he scoops a piece of sand in his hand, muttering "I had to open my big mouth". But, Porky finds he is greeted (as in the book) by a local tribe, Friday, who greets him with a sign, and says: "Hello boss, what kept ya?".

The following sequence is a more entertaining, fun sequence. Admittedly, a lot of cartoon sequences with pointless song numbers I find rather unwatchable and as well as unentertaining. This sequence, is an exception, and McCabe does a decent job at an upbeat version of the popular song Jiva Jive.

Porky and Friday have arranged for a new settlement in the island (it was approved by the F.H.A. after all), and Friday celebrates while he sings the Java Jive number.

Fairly new upon the time the short was released, Stalling's musical arrangement on the number is very peppy and upbeat, compared to the original recording by The Ink Spots. Mel Blanc, himself also adds to the touch with his brilliant singing vocals, and thus the animated choreography is also enjoyable, too. A singing turtle joins in the sequence, too, as Friday and the turtle both sing as a duet. The curtain gag at the concluding part of the song sequence, is a rather fitting touch to the song number. Also, the song number is at the right place, for it shows how Crusoe has settled at the mysterious island, with the number being good satire.

Sidetracking only slightly from where we got to in the short, like a McCabe cartoon, its clear from a historian/enthusiast's perspective there's bound to be a lot of dated material featured there. Perhaps it's not a fair observation, as all the Warners directors used dated material, but McCabe, however, is more notable for using them.

For the celebrity or radio references, one example striking to mind occurs at the opening shot of the group of mice boarding off the liner. A father mouse and his child step off with the child mouse, "Come on, Snucks, we got to get off this boat".

The child mouse asks, "Why daddy", and so the father responds satirising a popular catchphrase by Mischa Auer, "Confidentially, it sinks". Get it? A tad lame pun, but you could say it was suitable for its then audience who were familiar with the phrase.

Another reference, slightly more obscene, though its been parodied in several cartoons, is evident in the sequence where Porky spots a parrot. Porky walks over to the parrot, asking: "Hello Polly, want a cracker?" After no answer, he repeats the same question before asking, "Why don't you answer?". The parrot simply responds, "I'm waiting for the $64 question". For those unfamiliar with the term, this references a relatively new game show hosted by Phil Baker in the game show Take It or Leave It.

Another sequences which show some corniness that maybe, perhaps, could have been done from Clampett, is presented in the sequence where Porky is on the lookout for wild animals that reside in the forest. As he grabs out his binoculars, we see from a POV shot of the animal's activity. The layout work, on the other hand, is beautiful, it captures a jungle feel towards it. Who was doing layouts for Norm McCabe around this time, before Dave Hilberman did the last few shorts for McCabe?

Anyhow, during the binoculars pan, we watch a group of gorillas engaging in a game of poker, and from down under, there is old gorilla is seen cheating at the game. The other is of a money who attempts to join up the top of a tree, but struggles to take it to the pun. We learn, as the camera pans vertically upwards that a sign identifies the tree as a "slippery elm". A really poorly executed pun, as it is really making a pun out of another form of leaf, and thus: leaves come from trees; making the pun flawed to that effect.

Moving forward towards the finale of the cartoon, Porky reports in a single title card how one day he happened to encounter man footprints. The scene, animated by John Carey, features Porky holding his rifle and he is tracking down the footprints which leads him towards a cave. It helps adds suspense to the sequence, already suggesting the island is inhabited.

And so, Porky ponders, "What would Dick Tracy do in a spot like this?" He walks into the cave, and immediately intrudes a group of hungry cannibals who reside the cave. This leads to an action sequence with Porky sprinting for his life from the cannibals.

A couple of scenes from the chase actually do benefit when watching. The emphasis of speed is well executed in a long shot of a panic-stricken Porky who rushes through the scene in a zip, but following afterwards with the footprints of Porky which only appear afterwards, which adds depth as well as a great emphasis on timing.

Friday, however, spots the commotion, and before running for his life he places his own hut for sale. Porky finds an axe attached to a log, and to that effect: frantically produces a little motorboat, a gag which seems a little bit out of place, but hey. The pugnacious tribe arrive at shore once Porky and Friday evacuate the island. They aim their spears towards the boat, but Friday saves their lives by chasing a symbolic American flag which prevents the spears from firing at them. I'm not too sure of the purpose of that gag, but it's most likely a wartime reference, as afterwards Friday, places the "V for Victory" sign, as the cartoon irises out.

Watching Norm McCabe's official directorial debut, the cartoon really doesn't feel too much from a Clampett cartoon, evidently because of the look of the cartoon, and to an extent the nature of the short. Nevertheless, it was a pretty decent effort from McCabe's first short, and there are elements showing McCabe's potential, as he would turn out some underrated classics quite quickly. He manages to take advantage of Porky Pig, even though Clampett no longer had to produce Porky Pig cartoons mandatorily. He stretched his appearance throughout the short, and thus made Porky a likeable character in the short. The friendship between Friday and Crusoe in the book is known for being believable, and here in the short, their friendship is engaging too, as well as being well satirised. Overall, this was a rather decent effort with Porky Pig and McCabe, even if nothing much spectacular. 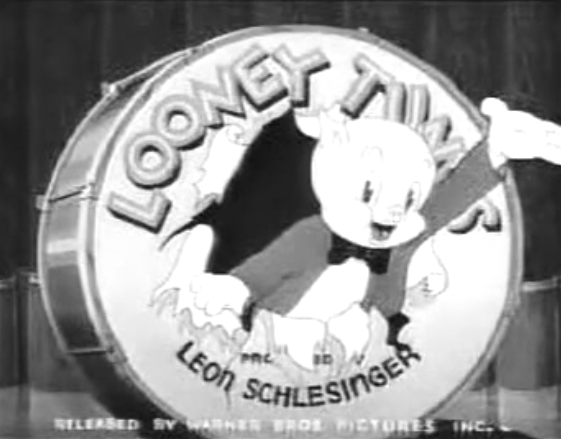